For some insane reason I decided to start a vlog. I’ll try to keep the videos short. It’ll be my thoughts on life in this bizarre 21st century America, with an emphasis on mindfulness, meditation, poetry, and books. I want to help seed the future with new ideas. I want us to rethink rather than just be trapped within the established way we live now–including work, money, politics, nature, and connection.

You can subscribe to my YouTube channel here. I’ve done 3 whole vlog posts so far–an intro on valuing yourself; some thoughts about the need to create art/poetry; a note on meditation. I hope one or more is of interest to you. 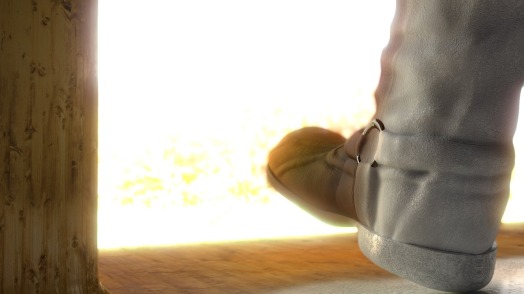 So, I’m about 3 months ahead of you on this quitting your job thing, which means I know some of the things you may go through. Everybody’s different, but perhaps some of my stuff will be useful to you.

1. There will be doubts. Huge, world-crushing doubts that feel so heavy you can do nothing, absolutely nothing, for hours, except your favorite form of escape: games on your phone while watching mindless tv, or overlong naps, or rabbit-hole YouTube watching sprees. The only thing that will make these crushing feelings worse is you simultaneously yelling at yourself for not doing anything “productive,” and convincing yourself this means any future endeavors are doomed to failure. Of course, you’ll do this to yourself, too.

2. Don’t believe any of the shit you say to yourself during these periods. Think of it like you’re dealing with a slimy used-car salesman, or a room full of your worst composition students, the ones who blew off assignments and missed class and then tried to tell you they should still pass the course. During these periods, your inner self, the one suffering from toxic doubt, disappointment, self-hatred, and gnawing worry, is a fucking liar.

3. Write down the things you think when you’re at your more optimistic. At first, those optimistic times will be few and far between. But there will be some. Remind yourself that you just have this one life; that you want more from it than you were getting; that the systems you were and are stuck in contributed to making you feel like a talentless lump of failure; that you didn’t create these systems, and you know they’ve been getting worse, more and more unjust, during your adult lifetime. Remind yourself that so much of “success” in this life is about luck, and you could just as well have good luck as bad. Remind yourself that you would rather be broke and have a chance at happiness, than doing ok but going numb year by year. Remember this truth: it’s not so much the decisions we make that are “right” or “wrong,” but how we behave AFTER the decisions have been made. You’ve made the decision: now behave in a way that lives up to your expectations and hopes for where that decision might lead.

4. Unhook your mind from the constraints and limitations of the field you were trained in, your professional field. The MFA world is a wonderful one, full of people who care about writing and words and ideas and teaching and learning. But it is also governed by its own rules, and ruled by its own little kings and queens. Question everything: the divide between popular and literary, the either/or fallacy of getting a tenure track teaching job or working in fast food, the false scarcity fallacy that there’s only so much success to go around and when someone else gets it, you don’t. Trust your own intelligence and experience–you actually know some shit. You know what books and media you’ll spend money on. You know what pisses you off in the marketplace, and in life in the 21st century United States. You can think, and you have skills, a ton of them. Think of all the weird ideas you had when you were a kid, think of them again now as the smart and competent adult you are, and write them down. Shut off the “reasonable” part of your brain and just brainstorm. Talk to people who will be excited about your ideas, who understand you’re not ready yet to consider the difficulties or roadblocks. Just generate.

5. Don’t rely on all this positive thinking and idea generating to stave off the doubt, despair, and worry. You’ve grown up in a system that’s made you feel lesser, worth-less. You’ve been working in that system. You’re in detox now, and like any addict, you’re surrounded by reminders that want to pull you back into undervaluing yourself: the myth of meritocracy that’s only getting worse in America, the myth that says people who have success deserve it and people who don’t also deserve their lack. You’re fucking smart enough to see that simply isn’t true. When the crushing comes again, ride it out however you can.

6. Do one useful thing every day. Write. Make a new social media account. Buy a domain name for one of your ideas. Edit something. Read. But don’t measure your day by the yardsticks you’ve been used to–how many papers you’ve graded, or how much money you made.

7. There are still possibilities. This decision is just one, and you made it to try to open up possibilities for yourself. Change is terrifying, as is uncertainty, especially for academics who are accustomed to knowing, at least, what’s going on for the course of a semester at a time. But change is inevitable. And nothing good happens without it.