I’ve always wanted to be able to honestly use this phrase, to have something so important, so vital, that it truly was a matter of life and death. That’s why we watch action movies and read fantasy novels, where people fight with swords and good wins over bad and that means, literally, that some people live and some die.

Instead my existence seems like a continuous series of trips to the grocery store: boring, stressful, expensive, and full of temptations to indulge in sweets over substance.

But then, when my depression feels most acute—when it reaches a sort of fever pitch—and I think these words, “I don’t know if I can bear it”—I miss those humdrum days. When I get to this pinnacle of pain, often without a particular instigating incident, I begin to think it truly is a matter of life and death. Because what are the options if you truly can’t bear it, the pain that crushes you?

I go to the drugstore for anything that might help: vitamin D, vitamin B, vitamin chocolate, and when the clerk asks me how I’m doing I want to say, “I’m trying to stay alive, actually.” My internet slows down, a friend’s child is sick, my cat barfs, my mail contains only junk, and I freak out, I scream or curse, I throw the shiny advertisements down in utter disgust. I think, again, “I don’t know if I can bear it.” Everything, everything becomes a matter of life and death.

And, of course, a matter of complete triviality, because my existence feels so small, so laughably pathetic, that it really couldn’t make a difference to the world whether I lived or died. 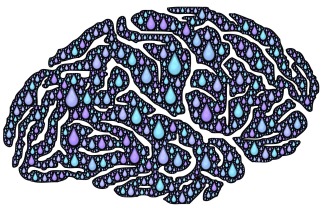 What keeps me trying, bearing the pain even when it (self-loathing? fear? bottomless grief?) turns my muscles so weak I can barely hold my head up? I’m honestly not sure. Reassurance from loved ones, sometimes. The trusting look of my old deaf dog. Sometimes just the turning back and forth of a phrase—it’s a matter of life and death—from movie cliché to a phrase so true it flashbulbs the dark.

Because the phrase is funny. And it’s deadly serious. It’s about me, and it’s never really about me. Because there are people dying, with no choice at all in the matter. People who have never thought, “I don’t know if I can bear it.” People I wish I could save, including those who did think those very words and decided they could not, actually, bear it. 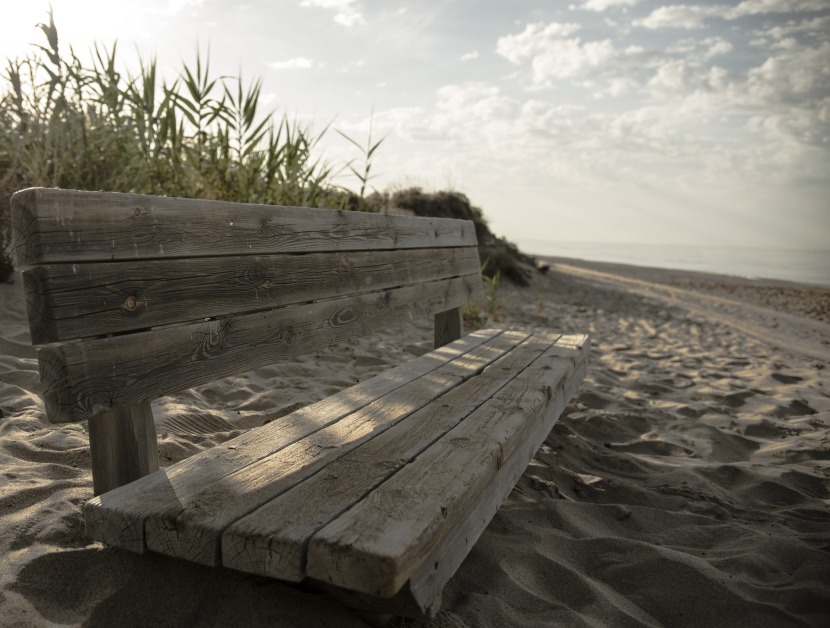 Because I woke up today needing this reminder myself. ❤ 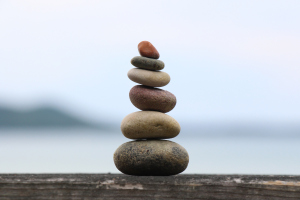 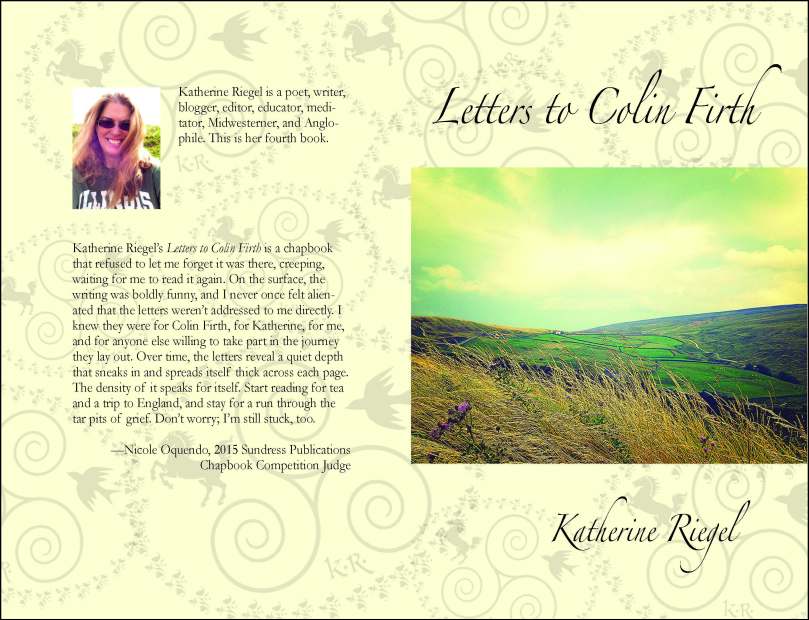 I wrote letters to Colin Firth because my ex-husband, the amazing writer Ira Sukrungruang, suggested I do so. I have a poem with Colin Firth’s name in the title in my first book, and when I read it at poetry readings, Ira would do a fake British accent that made him sound stupid and pretentious and say, “I’m Colin Firth,” and we would all laugh.

I wrote to Colin Firth because I was trying to do National Poetry Writing Month and I was having trouble coming up with a poem for every day of April. A series was easier.

I wrote to Colin Firth because he’s my longest-standing celebrity crush, because of the BBC version of Pride and Prejudice, because there’s no way he could have done all the silly and serious movies he’s done—all while denying or re-embodying the role of Mr. Darcy—without being able to make fun of himself, without still believing in himself as a potentially serious actor. How does a person do that?

I wrote to Colin Firth because I needed to say things to someone, to explain myself and think out loud, and a mostly imagined correspondent was the ideal audience. I don’t know him; I haven’t watched more than a handful of interviews with him nor read more than a couple of articles about him. I know only a tiny bit of his public persona, and the personas he has adopted in movies. So I got to imagine him as the perfect reader: smart, sympathetic, wise, wicked, funny, broken, generous, self-aware.

I wrote to Colin Firth because he’s handsome and witty, and that was good enough incentive to try to impress him—even though I knew he’d never read the letters.

I wrote to Colin Firth during a month at the end of my yearlong leave from teaching at a university in Tampa, where my soon-to-be ex-husband lived. I was living on my sister’s horse farm in rural central Illinois and dating another Brit who happened to live in Tennessee. My heart was in those three places. There was much I loved in all three places, but also much that was difficult, fraught, complicated. Part of me wanted just to be in England, where I knew no one, and where I’d dreamed of going since I was a child watching All Creatures Great and Small on PBS. 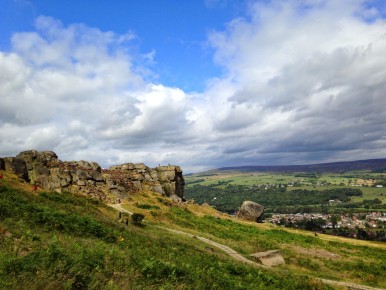 I wrote to Colin Firth things that were true. Things I dreamt, and thought, and felt. I wrote them as poems but also as little essays, little bits of memoir, some lyric and some narrative. When I read them to my lover, he remarked that if he saw line breaks on a page, he simply wouldn’t read it. But hearing them, he liked them—even the one that sounded like a grocery list. So I took out all the line breaks because I wanted anyone to feel comfortable reading them. Not that I really thought anyone ever would.

But somehow other people did think these letters deserved to be read. A wonderful editor at The Offing, who published a handful of them. My writing sisters, The Sirens. My friends, family, other writers, former students, loved ones—all those who listened to me say, in person and on social media, that my writing wasn’t worth anything, and unfailingly reassured me that it was. And so I was lucky enough to discover Sundress Publications, a press that doesn’t insist on hard definitions (were the letters poems? essays? they didn’t care) and to have judge Nicole Oquendo select my manuscript to win a prize.

And then, still more changes in my life: finally getting to go to England, ultimately leaving academia, marrying my British lover, moving to Tennessee. I worked on making the book look pretty, which included creating my own seal. I made a book trailer. I Facebooked and Tweeted and now I’m writing to you. I hope you take a look. I hope you like it. And maybe you’ll think about who you’d write to, and what you need to say.

It’s December and that means I’m listening to Christmas music, enjoying Christmas decorations and lights, walking through the Christmas displays at my favorite stores. I’m awash in red, green, silver, and gold.

And after the intense depths of the end of November–my mother died the Sunday after Thanksgiving, eight years ago–I can feel the less lonely sort of grief, the type that brings my mother back to me with every glittering ornament.

The funny thing is that my mother was never about appearances. Her house wasn’t decorated perfectly and she didn’t wear the latest styles. She favored food that tasted good–her favorite cake was a plain chocolate sheet cake, the ugly duckling at the PTA potluck, but who cared when it was in your mouth? Our Christmas decorations weren’t about looking perfect, either. They were about family. 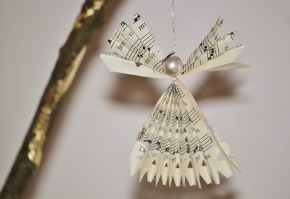 None of the ornaments on our Christmas tree were duplicates; there was no theme, no matching colors. But each one had a story. The oldest, most fragile ornaments went close to the top, where kids and dogs’ tails couldn’t knock them down. Some of these were fifty years old and more, glass bulbs with the color worn off, faded as old photographs. Other ornaments were handmade, given as gifts, made of paper or string or metal or beads. Horses and dogs, angels and stars, trumpets and bells.

And song. In December our house was filled with carols. We knew so many of them by heart, at least the first verses. Someone would begin–“Oh come, all ye faithful”–and whoever was around would join in. We emptied the dishwasher to “Hark the herald angels sing” and cleared the table to “It came upon a midnight clear.” When we weren’t singing, my mother was playing records by the Vienna Boys Choir or the London Philharmonic. 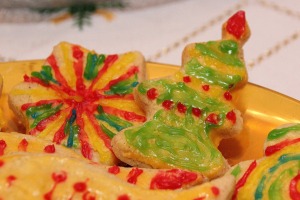 We went caroling, too. My mother and father, my sister and my two brothers and me. We always picked up a few friends as well, and piled into a couple of station wagons and drove to the houses of those we knew. It happened on a specified night, so we were expected: gingerbread cookies, hot chocolate. Back in the cold car, I leaned against my mother for warmth.

I suppose that’s why I love Christmas still–me, a mostly Buddhist. But I believe in the time of year, the hush of it, the thrill of picking out gifts, the decorations, the music. I believe in the traditions of the season, because the colors and the sounds and the smells make my mother constantly present to me.

The little, unimportant things–frivolous, even–like picking out wrapping paper that I think is especially pretty, are tiny lights in the darkness. The wrapping paper will be thrown away; the recipients of my gifts may not even notice it. My current loved ones may not even like Christmas carols. But I light each one of those lights anyway, for myself, and string them together, hoping beauty makes meaning, hoping it will make meaning again this December, this time of growing dark. 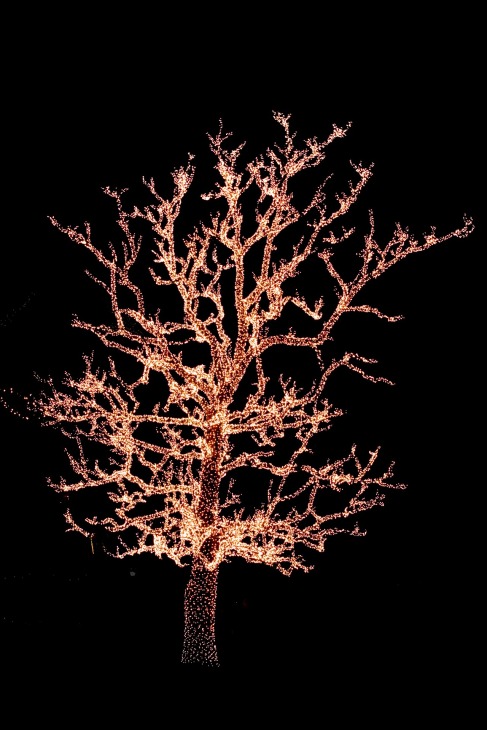